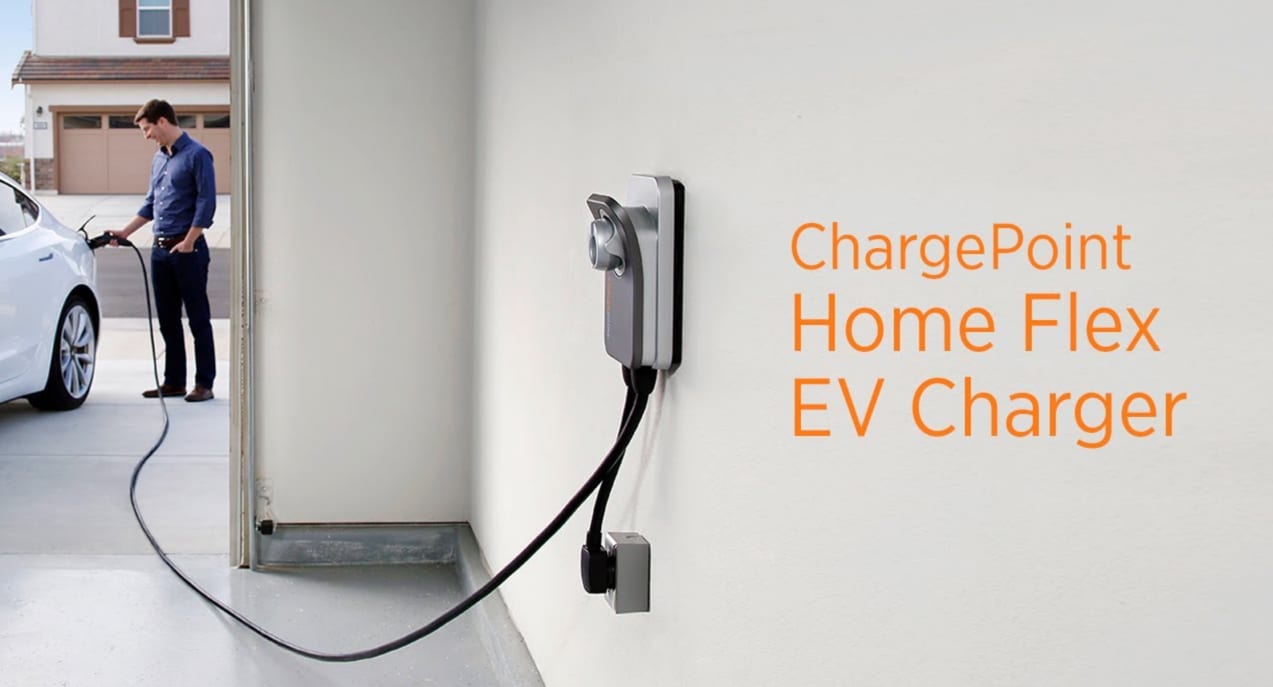 In the past few months, Root Electric has had quite a few requests to install wall connectors for newly purchased electric vehicles.  As more and more manufacturers are beginning to release electric vehicles, the demand for home charging solutions that will work with a variety of different vehicles is on the rise.  One new product of note is the ChargePoint Home Flex wall connector.  There are many technological features, such as the ChargePoint app that are easily understood from the standpoint of the average consumer.  However, since I am a professional electrician, I would like to review this product based on my knowledge and experience as an electrician.

The ChargePoint Home Flex is designed specifically so that the user can select the amount of electrical current drawn to charge the vehicle.  The range of current draw options for the ChargePoint Home Flex range from 16 Amps, all the way up to 50 Amps.  You may be reading this review thinking, “Well why would I want to set up the wall connector to charge my car at 16 Amps, when I can just set it to 50 Amps?” Well, that’s the correct question to ask, because it has the largest effect on the potential installation costs and future upgradeability of the installation.  I am going to delve into some of the more technical aspects of home EV charging for the benefit of the serious EV enthusiast.  Likewise, if you are an engineer reading this article, you may find that some of the more technical aspects are, let’s say, “general” for the sake of the less technically inclined. So if your mind begins to wander, or if the numbers aren’t tight to the NEC tables, please bear with me.

One of the largest hindrances to installation of a home charging option for electric vehicles is the size of the electrical service on most homes in the United States.  Most homes in American suburbia are in the range of 50 years old or greater.  Most of these older homes have electrical services that range in size from 60 Amps to 150 Amps, while newer homes in most areas have a minimum service size of 200 Amps or greater.  The reason for this gradual increase in the size of home electrical services is the rise in reliance on electricity for cooking, refrigeration, heating, and cooling. In the mid 20th Century, most homes used fuel oil or natural gas for heat and cooking, but since the 1970’s, electricity has come to play a larger role especially because of the increased popularity of central heating and air conditioning.  Industry research has shown that the HVAC system in your home accounts for at least 30% of its energy consumption.  That said, many older homes that originally did not have air conditioning have since been upgraded to feature central air conditioning.  The rub is that while the HVAC system was upgraded, more often than not, the electrical service was left at its original size, which was not designed for the additional load of the air conditioning.  This leaves many older homes with an already maxed-out or overloaded electrical service that technically cannot handle additional load.  To make matters worse, many new homes are built with an electrical service that is pushed to its max.  So while the service may be rated at 200 amps, there may be precious little room for electrical upgrades.

Exemplary electrical work and customer service. This is the second time I have used Root Electric and they will continue to be my "go to" electrical contractor. The on-line estimate quote process works very well - there were no surprises. Bill Sr. gave me a 10:00 - 12:00 service window; he called at 10:00 to say he would arrive in 30 - 45 minutes. Bill wore a protective mask at all times, was very respectful and aware of social distancing. The two jobs were completed quickly. All in all, a real pleasure to work with.

So what does this have to do with the installation with an electric vehicle?  Well it comes down to the amount of electrical current that a wall connector such as the ChargePoint Home Flex can pull.  At it’s full 50 Amp setting, the wall connector pulls as much electricity as your average kitchen electric range.  However, unlike your range, which is generally only being partially used (for example, you may only use one of the burners at once, or the oven itself without the cooktop), the EV charger is pulling its maximum current for hours at a time.  Because of this, electricians have to calculate the load placed on the electrical system to allow for the extended time high-current draw of the electric vehicle wall connector.  As an example, for standard residential electrical load calculations, your 50 amp range may only be calculated in at somewhere around 50% of its full load.  For easy math, that means if you have a 50 amp range, only 25 amps will be calculated into the total load placed on your electrical service.  This is because you are not using your range all of the time, and when you are, you are likely only using a fraction of its potential electricity draw.  A power connector for an electric vehicle, on the other hand, has to be calculated at 125% of its total draw.  This means that if you have a power connector rated at 40 Amps, you have to enter 50 amps to calculate the draw on the service.  If you have a newer home with gas heat and a 200 amp service, this won’t be a problem, but if your house was built in the 1950’s and has the original 60 amp service, and a central air conditioner installed in the late 1970’s, along with a remodeled kitchen, the service may not be able to support the load of the power connector without having to be upgraded.  This means additional expense on top of what you just spent on the car and on having the circuit and power connector installed.  (Although, if you have an older house, upgrading the service is a very good idea both for the long term safety and value of the home.)

So where does all of this electrical mumbo-jumbo come in to play when it comes to the ChargePoint Home Flex?  Well, let’s say you just signed the lease on a shiny new Audi e-Tron and had Amazon deliver a new power connector to your doorstep.  Then you call an electrician to give you an estimate for installing a new 50 amp circuit, plus mount the new wall connector.  When he tells you that your service is not heavy enough to support the 50 amp load, you still have options to set the wall connector to 32 amps, 24 amps, or even 16 amps, and still have the option to increase the load to the full 50 amps in the future if you upgrade the service.  (Assuming the conductors feeding the power connector are large enough to support a 50 amp wall connector).

Another advantage to having the option to pick the wall connector’s current draw is that you can choose how you want the wall connector to connect to your electrical system.  If you want maximum current draw at 48 or 50 amps for the fastest charge time, you can opt to have the ChargePoint Home Flex hardwired.  However, if you are willing to sacrifice a little bit of charging speed (limiting you to 40 amps or below) for the sake of being able to install more advanced power connectors in the future, you can have your electrician install a NEMA 14-50R or 6-50R outlet, which will work with just about every EV mobile connector or wall connector.  If you plan to sell your house in the near future, installing a 14-50R outlet or 6-50R outlet is a smart choice, since it will let the next homeowner install a power connector of their choice to power their own electric vehicle, which adds value to your home at the time of sale.

If your head isn’t spinning by now, hopefully you now have a better grasp of the technical reasons of why the ChargePoint Home Flex is an excellent choice for a home EV charging power connector.  If you have an older home with a small electrical service, or even a newer home with a heavily loaded service, the ChargePoint Home Flex will give you options to safely charge your electric vehicle.  Additionally, it grants you the flexibility to set it up for fastest charging time or maximum future flexibility and upgradability.  There are many power connectors on the market, and while I am not in any way endorsing or promoting the ChargePoint Home Flex, I am saying that it would be worth a look for your electric vehicle charging needs. 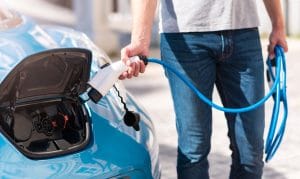 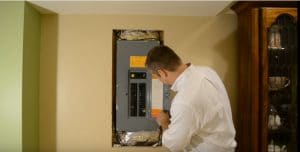 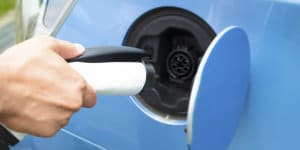 During my tenure at Root Electric, I lead the transition of Root Electric from a primarily sub-contracting based business model to a prime-contracting based business model. Accomplishments have been made by developing a team based approach to researching and implementing a service-specific client management system. My goals for the next five years are to fine tune Root Electric's brand strategy and to diversify its scope of services, while remaining true to the discipline of electrical work.